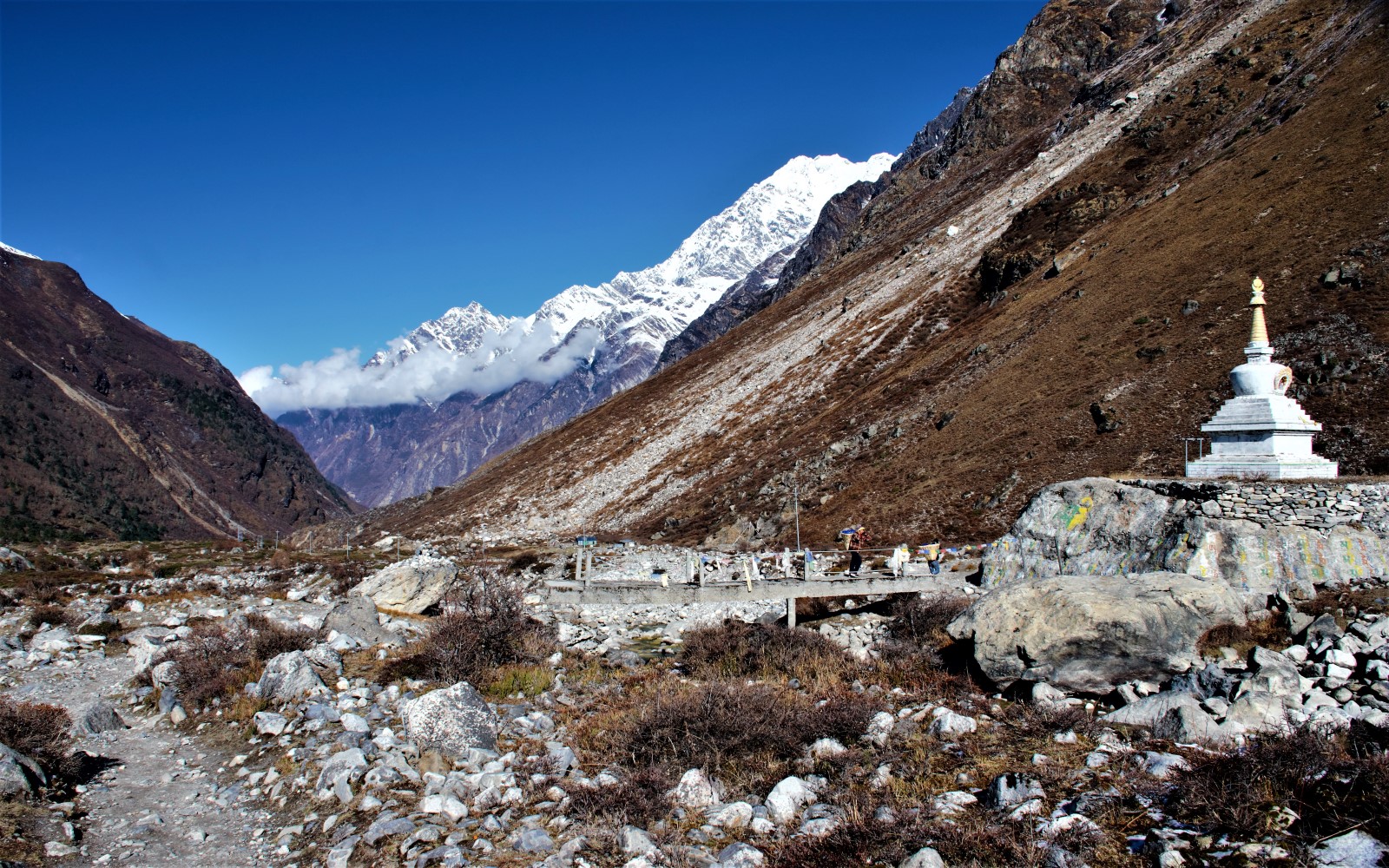 The valley is admired for the mixed culture of ever smiling Tamangs and the Tibetans. The trekking trail starts with lower temperate climatic zone at 1950m, giving way to alpine towards higher altitude. The trekking trails walks within the area of Langtang National Park which accommodates various species of wildlife including rare Red Panda, Musk deer, Snow-leopard etc. Common birds seen here are tragopan, impeyan pheasant etc.

Moreover, the region is also famous for its spiritual importance , for Langtang Valley is identified by Tibetan Tantric Lamas as one of the seven sacred hidden valleys (Be-yuls) in the Himalayas. Lantang village (3430m) is the oldest settlement dating prior to 13th century which was identified as a sacred valley by a Tibetan Lama in 13th century.

Kyanjin Gompa (3870m) is the last settlement in the east of the valley. Hikers could make a day hiking trips to Langshisha Kharka, Sterko-Ri (4984m), and Kyanjin-Ri (4773m). Rest for a day or two is best for walking meditation and mindfulness practice.

Day 01- Meet & Greet
Your Trip Guide receives you at the Tribhuvan International airport, Kathmandu and then hotel check-In followed by a short briefing on the trip. Question Answer moments.

Day 02-Kathmandu to Bharkhu and trek to Thulo Syaphru (1940m).
First day of the trek begins with 5/6 hrs of 4WD drive on the scenic mountain road to Thulo Bharkhu. And then 3 hours of hiking up to a Tea House Lodge in the Village.

Day 03-Trek to Lama Hotel (2470m) – 6hrs, 1070m ascent:
The first part of the trail walks through the village and then crosses a suspension bridge with beautiful view of the Himalayas in the northwest direction. And then walk alongside of the Langtang River George to Bamboo, Lunch site. After lunch the trail climbs gradual uphill to Lama Hotel. The vegetation is mixed, alpine and sub-alpine, along the Lantang River. Lamahotel is situated by the bank of Lantang River. It is not a village, but teahouses set up for the trekkers by the people from Sherpa Gaon and Langtang Village.

Day 04- Langtang Village (3430m)- 5hrs, 980m ascent:
The village is the biggest in terms of geography and demography and one of the oldest villages of Nepal originated from confluence of two different cultures- Tamang and Tibetan. Yak could be seen grazing along the path and there is cheese factory in the village.

Day 05- Nov.18-Kyanjin Gompa (3870m)-4hrs, 460m ascent:
Trail to Kyanjin from Lantang village is gradual uphill mixed with farmland and pastures and the longest mane-wall that divides the walking path from left-side to the right. People do claim that it is the longest Mane-Wall (built of carved slate rocks) in the world. It may be true because no other Buddhist cultures have tradition of dividing the path with the rocks letter and figure carved in them.

Day 06- Kyanjin Overstay: Hike to Kyanjin- Ri (4773m) Tserko-Ri (4984m) in the morning. 360 degree view of the mountains. This is the last village in the trek. We have a view of the Tilman Pass, Langtang range in close up and Tibetan Plateau. (Other option is to visit Tibetan cultural village Briddim instead of staying in Kyanjingompa- see Map).

Day 08- Sherpa Gaon
The trail diverge from Landslide and walks up hill leaving the Langtang River behind. The path walks through forest to the Village. Thulo Syabru is one of the richest and old villages in the region similar to Langtang, but Tamang people in this village are higher in numbers.

Day 09- Syabrubensi:
The trail walks down through pine forest with stunning view of the terraced field beneath the mountain village. 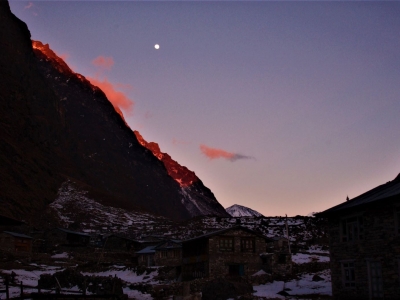 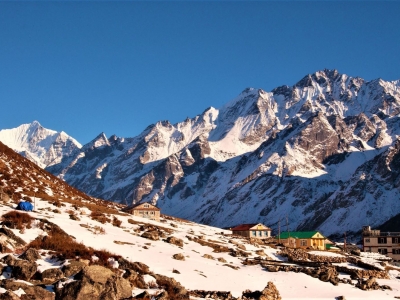 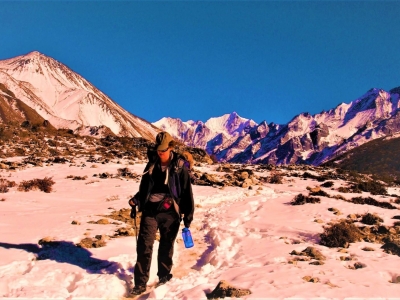 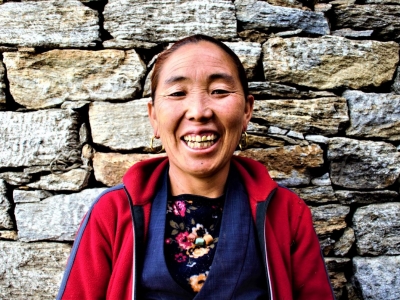 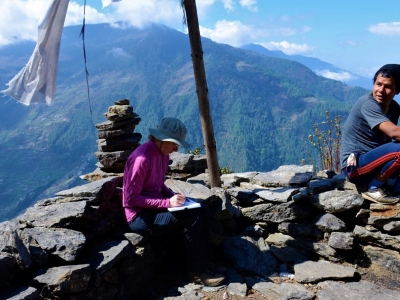 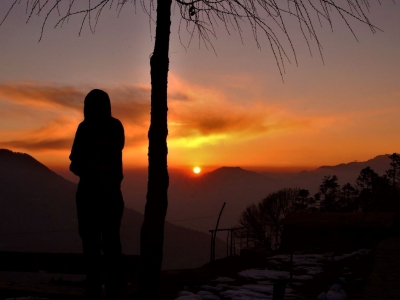