The region is home to more than 9,000 people and their village areas among the highest settlements on Earth. Most of the inhabitants of the region practice Bon-Buddhism, an ancient religion with roots in Animism and Buddhism. The Bon-po religion, which forms the entire cultural base for Tibetan Buddhism, was founded 18,000 years ago, during the Zhang Zung Empire of today’s western Tibet.

The landscape is dotted with sacred monasteries, Thangka paintings, and Chortens. The local community is heavily dependent on trade with Tibet and agricultural products. This area is also famous for its salt trade caravans. Oscar nominated movie The Himalayas (Caravan) was filmed in this valley.

Near the lake’s outlet is the country’s highest waterfall. The major rivers in the park are the Khung, Nmajung and Panjang, The Suligad and Jugdual Rivers, which are the major tributaries of the Thuli Bheri River; and the Langu River, which drains the high Dolpo plateau to the east and flows westward. Phoksundo Lake is famous for its magnificent turquoise color and the spectacular scenery clearly rank it with the most scenic mountain parks in the world.

Ringmo village, a typical Tibetan village, is scenically nestled in the area. Many beautiful glaciers can be found near and above the lake area. The Park contains many Gompas (Monasteries) and religious areas. The most famous, Shey Gompa was established in the 11th Century. Thashung Gompa located near Phoksundo Lake was built about 900 years ago to conserve wildlife.
The flora found within the park is extremely diverse, consisting of some rhododendron, caragana shrubs, and Salix, Juniper, white Himalayan birch, and the occasional silver fir dominate the high-meadows of the Himalayas. Less than five percent of the park is forested, with much of it lying in the southern portion. The park also contains 286 species of ethno-botanical importance.

The park is, also, home to six reptiles and 29 species of butterfly, including the highest flying butterfly in the world, Paralasanepalaica. The park provides habitat for over 200 species of birds, among which include yellow-throated marten, Tibetan partridge, wood snipe, white-throated tit, wood Accentor, and crimson-eared rose finch. 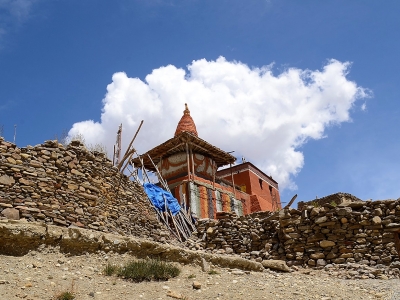 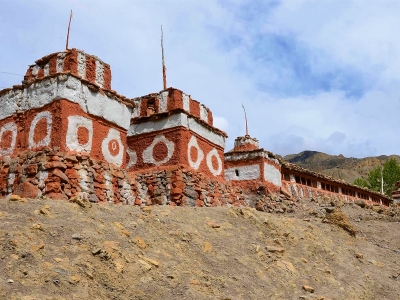 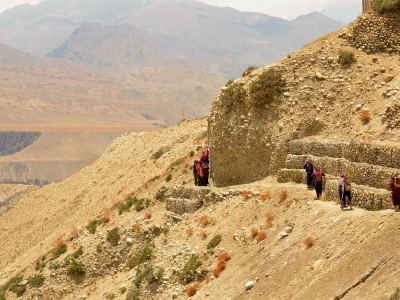 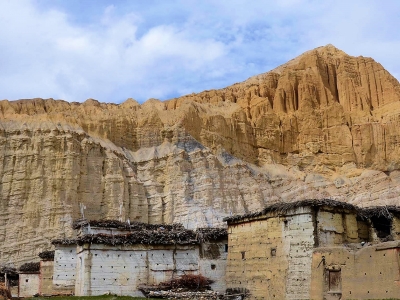 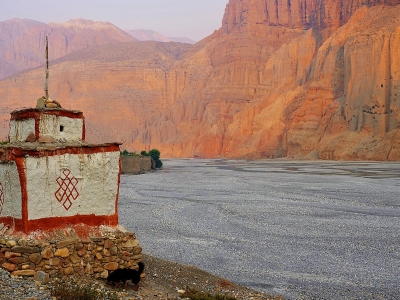 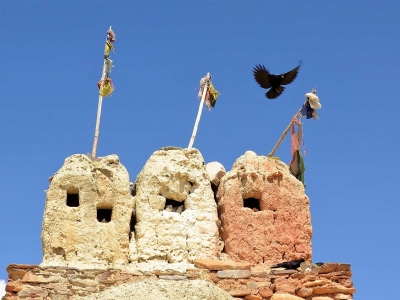 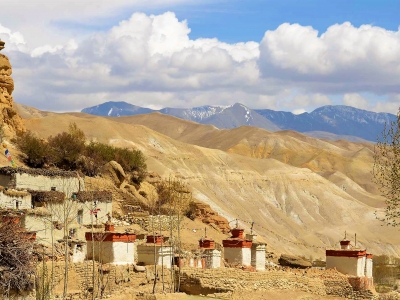 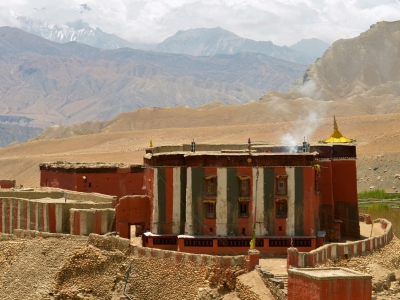 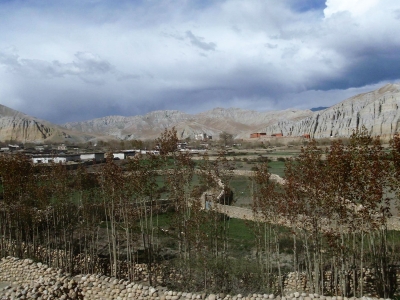